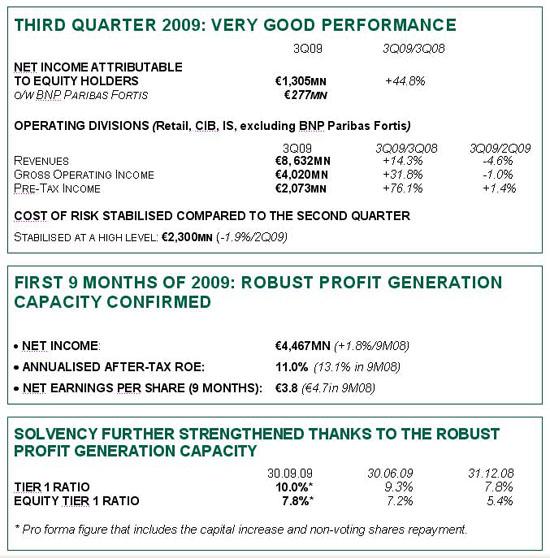 The Board of Directors of BNP Paribas met on 4 November 2009. The meeting was chaired by Michel Pébereau and the Board examined the Group’s results for the third quarter and the first nine months of the year.

In an environment characterised by an economic cycle still in a downturn but capital markets that are returning to normal, BNP Paribas Group again performed very well this quarter: it generated net profits (attributable to shareholders) of 1,305 million euros (of which 277 million euros by BNP Paribas Fortis), up 44.8% compared to the third quarter 2008.

Again this quarter, all the Group’s divisions continued their business development and made a positive contribution to the Group’s results.

View the Slides of the presentation

The bank for a changing world